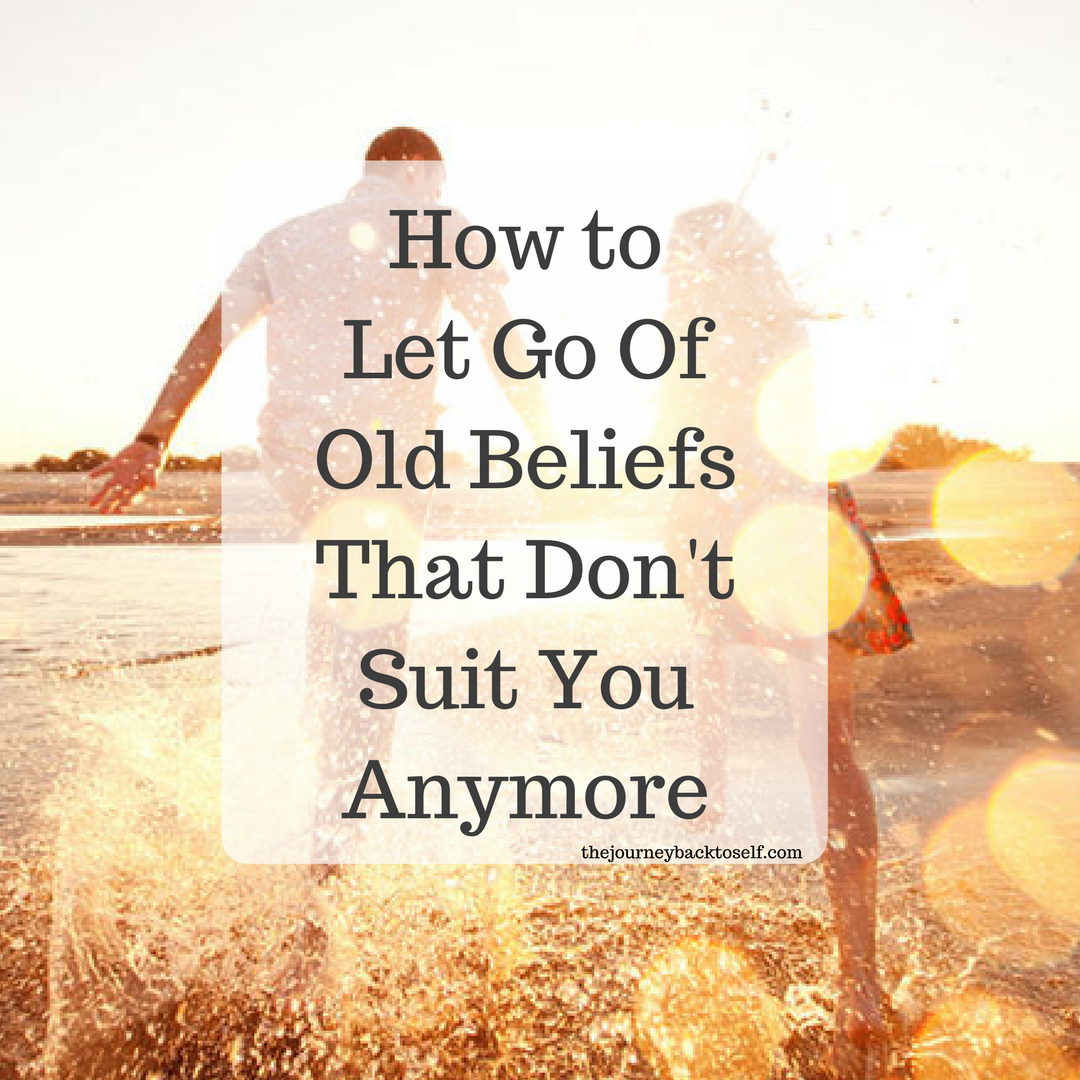 It is very difficult to create and manifest an amazing life if we are carrying limiting beliefs about who we are and what we deserve.

Because it’s like you’re being pushed in two different directions at the same time, which creates a huge amount of resistance that blocks manifestation.

Very often those beliefs we carry are stuck in your subconscious mind. Whilst you consciously feel you deserve abundance, in many situations on your daily life you end up taking actions from the subconscious mind because it is from your inner beliefs that all your actions flow.

And then they wonder: “If I consciously know I deserve abundance and more money in my life, why didn’t I ask for the salary I really wanted and accepted a much lower instead? What was I thinking?”

Yes you need to make peace with your life in the now and you need to manifest from a place of love, but today we’re going deeper into your subconscious mind.

I’m going to tell you the story of a client of mine:

Anne came to me because she left her old job to start her own business but despite the fact she was having clients and work, she was always struggling with money every month.

Anne wanted to manifest wealth and become financially free doing what she loves. But she was feeling exhausted and even worse, frustrated.

Of course this was creating a lot of resistance for her to attract the abundance she wanted. She even started to feel resentful of her own clients.

Anne went on my programme, she was open to go deep within herself and finally started to recognise not only the beliefs she had in regards to money, but the patterns on her behaviour.

When she was working on a full-time job before she started her own business and despite the fact she was always bringing great results to the table, she never had a very good salary. She always accepted to work for less than she would feel she deserves.

And that has been the pattern her entire life going through 4 jobs in 10 years since she left University: she always accepted to work for less than she would feel she deserves.

Then by the Law of Attraction she always managed to attract the exact kind of jobs and people into her life that would validate her belief: the ones that don’t pay much.

So what happened when Anne started her business was that she brought into it the same beliefs: she was accepting to work for less than she would feel she deserves.

But instead of working for one company, she was working for several clients. Because it was now her own business and having much more work to do, she was becoming very frustrated and angry.

The thing with Anne was that despite feeling she deserves to be well paid because she brings real value in what she does, she wasn’t aware of her behaviour pattern because it was “normal” for her.

When she felt she deserved X to do work for a client but the client asked for X – 500, she would say yes and would do the work, feeling undervalued and frustrated. Because she was so used to the feelings of “undervalued” and “frustrated”, she wasn’t noticing the pattern.

When it finally clicked for her and she realised her unconscious belief was dictating her actions in the present, she was able to start acting differently.

Anne’s beliefs around money and work came from her family. She had a father and a mother that believed that you need to sacrifice to do work for others an accept whatever they give you, however small. But the reality of her parents was very specific and different from Anne’s reality in the present moment.

Anne never identified herself with those beliefs, but because she grew up in their house, she acquired those beliefs as hers too. A lot of contradiction was going on in her entire life!

But Anne managed to start acting differently: started to set up prices she finds acceptable and feels happy to do the work that makes her feel good, and started saying NO to anything below what she feels comfortable.

It was painful for her in the beginning, because it means leaving a place you lived your entire life – leaving your comfort zone.

Even though those beliefs didn’t suit her and were blocking her from manifesting what she wanted, they felt familiar because they have been there her entire life and her identity was attached to them.

But she did it and she is manifesting other type of clients at the moment that value her work and want to pay what she deserves.

Identify how you act

So, the secret to let go of your old belief systems that do no good to what you wish to manifest is to identify your behaviour patterns.

If you’re always having the same result in regards to something, analyse the actions you take before those results appear.

For example, you wish to manifest a loving soulmate but end up always dating a closed off emotionally unavailable man/woman and only realise it after all crashes down… again.

Or you wish to manifest a fit and healthy body, but always end up eating the wrong foods.

You’ll have to pay very close attention to what triggers you into unconscious action mode and bring it into the open.

A good way to identify those patterns is to pay attention to your emotions – to what you feel – remember yesterday’s article?

If you’re going to take a specific action but have a gut feeling you shouldn’t, or you feel bad about it, stop, step back and bring it into the open, into the conscious mind.

In other words, you need to start being the awareness behind your mind, instead of being your mind. This takes practice, but you can totally achieve it.

Identify how you talk

Pay attention to the way you talk about the things you wish to manifest. The Universe is paying attention to.

You need to remove all negative speaking around the things you want to manifest.

And move away from people who also speak negatively about the things you want to manifest.

Get out of your comfort zone

After you identify your behaviour patterns, it’s time to start new ones.

It’s time to get out of your comfort zone and start acting differently.

Albert Einstein once said: “Insanity is doing the same thing over and over again and expecting different results.”

I completely understand it is a massive step leaving your comfort zone because it means leaving what felt familiar for so long and stepping into the unknown.

But, if you want to create the life of your dreams and manifest all you want through the Law of Attraction, it needs to be done. It’s time. You know it already deep inside, otherwise you wouldn’t be here reading this.

It’s time to say no to things you feel are not aligned with what you wish to manifest and you’ve always said yes up until now, time to to start saving/investing money, time to to go to new places and meet other type of men/women, time to increase your prices or your salary, time to start shopping in a new place, time to try new foods and recipes or a new exercising class, etc, etc.

Always follow what feels good to you and makes you happy – that’s the key.

The unknown that starts revealing to you needs to be a LOT better and make you FEEL a lot better than the previous patterns!

So, what you need is:

Because when you identify your behaviour patterns and start acting differently, you bring your subconscious mind into the open and then you have the opportunity to start creating your OWN new beliefs – aligned and based on the life you want and all you wish to manifest.

Mahatma Gandhi once said: ‘Be the change that you wish to see in the world.’

The manifestation in the external world starts with the change within yourself.

Sit down and think about the things you wish to manifest. Start with one of them.

I’ll give you an example, manifesting money:

What do I want to manifest?

What have I been manifesting?

What actions and language have I been taking towards money, what is my behaviour pattern?

– I pay my credit cards each month but I end up spending the money again to buy more things, increasing my fees.

– I usually tell my friends I don’t know how to control my expenses.

What can I start doing differently today?

– Create a monthly budget that will allow me to buy the things I need and enjoy but without using my credit cards.

– Start telling myself everyday I know how to use my money and I am starting to pay off all my debt – and I feel great about it because I am taking care of myself!

Do this exercise for every single thing you wish to manifest and compromise with yourself to start acting differently.

Note: You don’t have to do big changes all of a sudden. You can start with incorporating small tangible changes in your everyday life and feel comfortable with them before moving into bigger changes.

Because the key here is to slowly change into something permanent.

If you feel stuck, ask for help from your guides/Universe/God/Higher Self.

You’re not alone in this. You have a team upstairs supporting you and always wanting to help, but they’ll only interfere if you ask them because you do have free will.

Ask for help and for divine guidance and it will be given to you.